I want to lead with an awesome GIF (click the image below to see it) @abram made for me, which I woke up to this morning:

This week featured some good work in Minecraft.  Today, I participated in “Blocks vs Zombies,” a fun game made by Seth Bling, a famous ‘Crafter.  The object is to prevent wave after wave of zombies from reaching your position as you pick them off with bows and arrows.  You can also purchase various upgrades, barriers, cannons, and even a scroll to spawn Iron Golems.  I played with @theskycookie, @douglasawesome, @legolad22, @likeaboss, and @thewitchqueen908.  We tried a few times, but couldn’t make it farther than 5 mins (you must survive for 20mins to win).

On Thursday, a group of Agile Philosophers met to discuss a topic we first opened last year… Spongebob!  We watched 3 episodes (“Slide Whistle Stooges,” “Ripped Pants,” and “Sandcastles in the Sand”) and discussed our observations and questions afterwards.  At first we focused on meta-questions of Bikini Bottom, which was sparked by some observations by @kingthanos.  These included things like:

-Why would a squirrel want to live at the bottom of the ocean?

-(How) can a fish get sunburn?

-How is there a beach with waves (“The Goo Lagoon”) underwater?

…the final question led to some cool outside research about oceanography.  We did some research on what a lagoon actually is and what sort of creatures can actually live at the bottom of the ocean, especially in the really deep parts where the sun’s rays have practically no effect on life there.

Most interesting was our discussion on some aspects of “Ripped Pants.”  My personal favorite was a discussion on whether a lobster, a squirrel, or a sponge could best perform a clean and press.  It led to a discovery of the differences between vertebrates and invertebrates, and ultimately it was decided the squirrel could do this the best, despite the relative strength of the lobster’s exoskeleton (mostly because of its limited range of motion).  We also learned how a lobster must shed its entire shell when it grows!

That’s about all I have time for today.  Until next week- stay agile, man.

With love and agility, 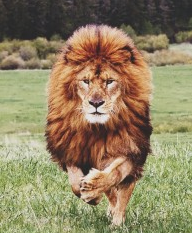