5 colors that represent my feelings this week:

1) White– Even though it’s debatable whether this is a color, it is definitely the most present for me this week.  It represents the snow that I ‘boarded on for the first time in my life (I can’t believe that I waited 28 years to try it)!  Thanks so much to Dan and Simon for inviting me- I am super grateful to them. 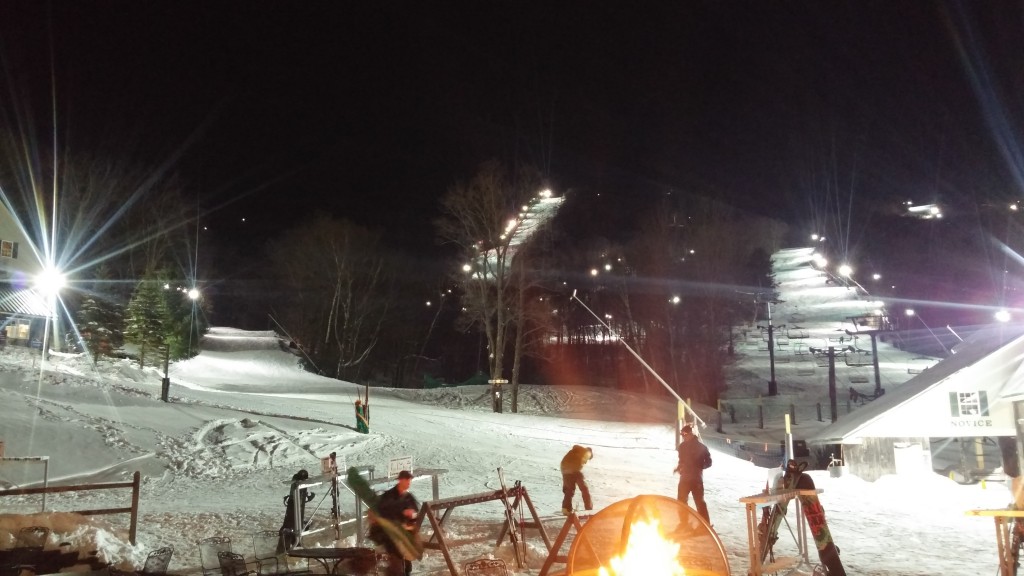 2) Yellow– The deep, almost orange color of the incredible eggs that I cooked for everyone during the trip.  @bear entrusted me with preparing breakfast for everyone during our stay, and I had no shortage of my favorite food to prepare in various ways.

3) Brown– This color showed up in two woodworking projects- one that I started myself, and another that I agree to help with- I participated in this week.  The first was helping Jens install windows in the awesome upside-down-tree-living-roof addition to his home in the QIVC community.  The second was a bookshelf that @shadowjack and I have been working on for a while now, and which we finally completed today when I stained the finished product: 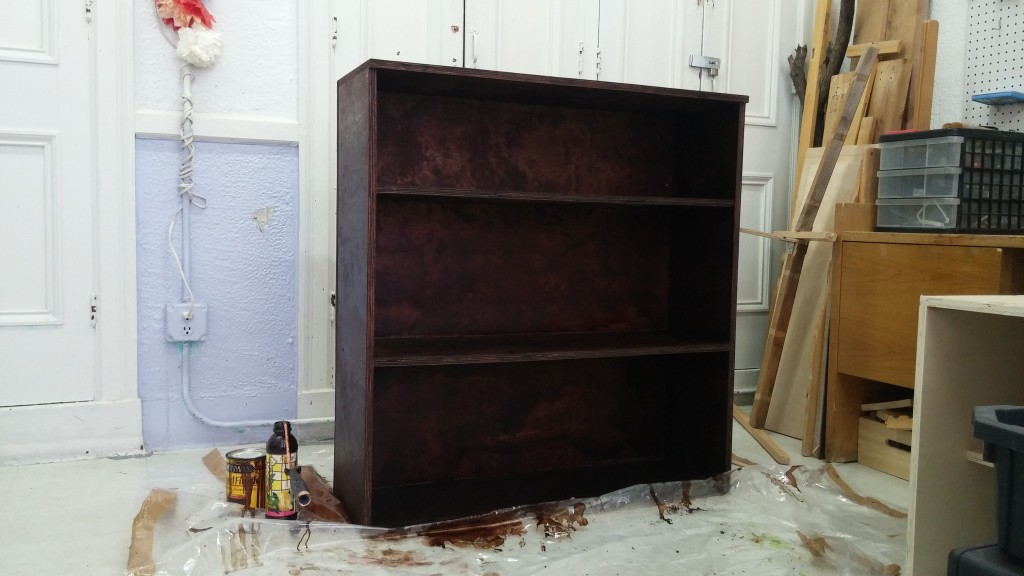 4) Green– Nancy Hooper joined us today for our weekly Agile cooking class.  This week Chuck, @likeaboss, @theskycookie, @timotree, @kingthanos, @douglasawesome, @failspy and I made pork stir fry and scallion pancakes in honor of Chinese New Year.  Green showed up in my primary duties, which were to chop the scallions and broccoli.  This meal was my favorite of the year so far- thanks to Nancy for setting it up! 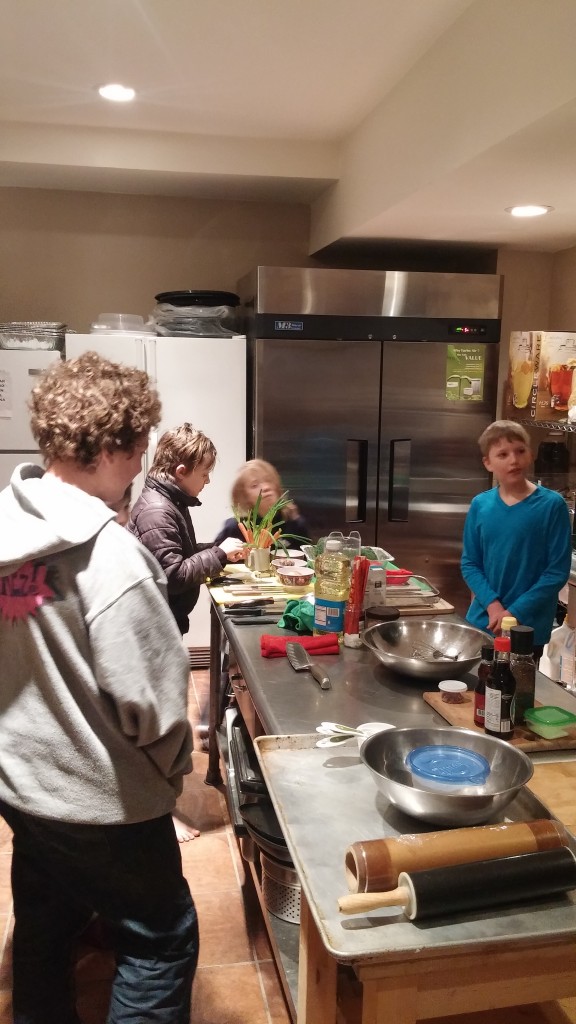 5) Black– Another debatable color (I always understood it to be the absence of light, and not a color at all), black showed up in the form of the old reliable wood stove in the QIVC farmhouse.  I’m especially grateful to this hunk of iron for keeping my body warm through the long, cold nights we spend sleeping in the farmhouse this week.

I’ve been thinking about this A LOT over the past few weeks since the game has become so popular at ALCNYC.  While the most obvious choice for many would be the Duke, I think that the Captain is actually the most powerful “influence” in the game.  Here’s why:  The captain, as @douglasawesome pointed out, actually causes more coins to change hands in one move than the Duke.  The Duke can tax 3 coins (+3 to the player who taxes) from the central bank, while the captain steals 2 coins from one player (-2 from one player, +2 to another) for an overall 4 coin change.  Not only can the captain steal, but he can block stealing as well.  He is also super useful and powerful in the endgame, as anyone with a duke will find their income tax stream mostly drained away by the captain’s stealing.  The captain also makes up 1/2 of what most of us at ALCNYC have decided is the most OP influence team in large (more than 3 people) games; The Duke and the Captain, aka the “money-making” combo. 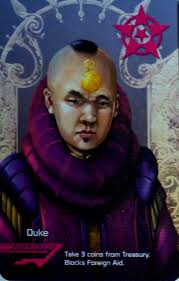 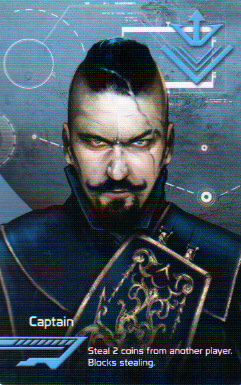