Ever since the death of the plants @abbyo brought in for the back fire escape last year (?), I’ve been wanting to bring in/grow some more plants at ALC.  A few months ago, I ate a bell pepper and decided to throw the seeds into some tea tins and see what would happen.  In hindsight, I put way too many seeds into each container, and had somewhere between 10-20 little seedlings pop up in each box.  After a few weeks, they choked each other out until there was only one or two left in each container.  The four (there are two in the box in the left that got root bound) plants below are what have survived an aphid and fungus gnat invasion in my apartment: 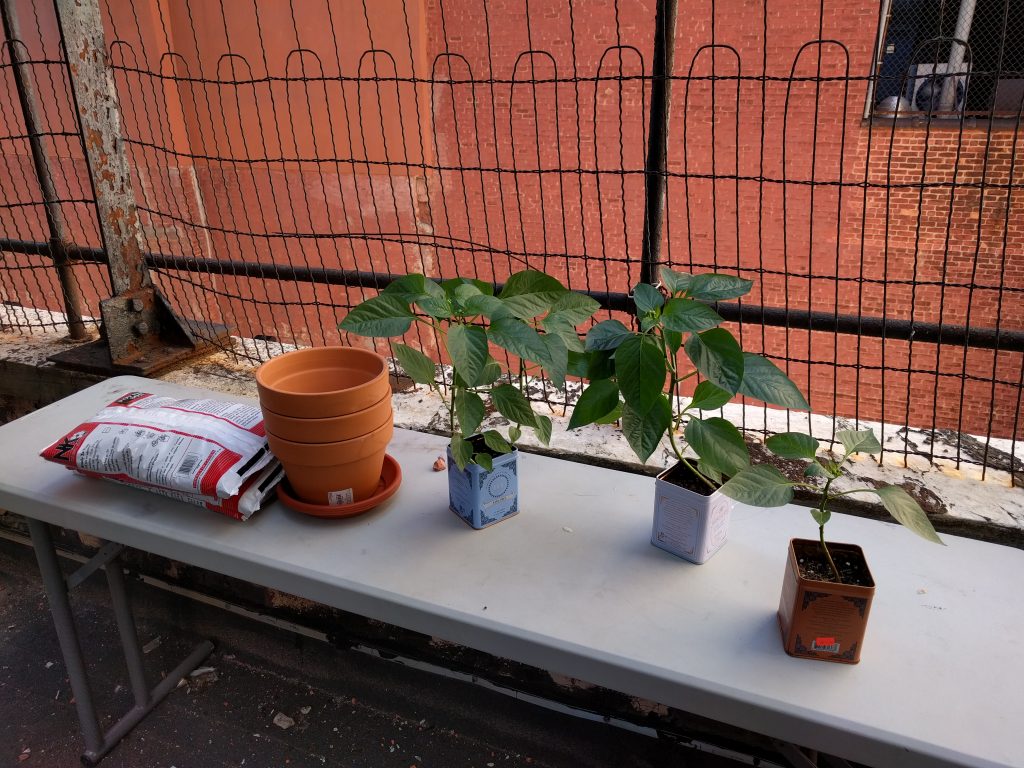 It was clear that these guys needed some more space to spread out if they were going to give us any sort of peppers.  They have begun flowering, so I decided it was time to re-pot.  In order to remove the clustered root balls from the tea tins, I used tin snips to peel away the walls and remove each plant.  I then migrated them to new pots and filled them in with potting soil. 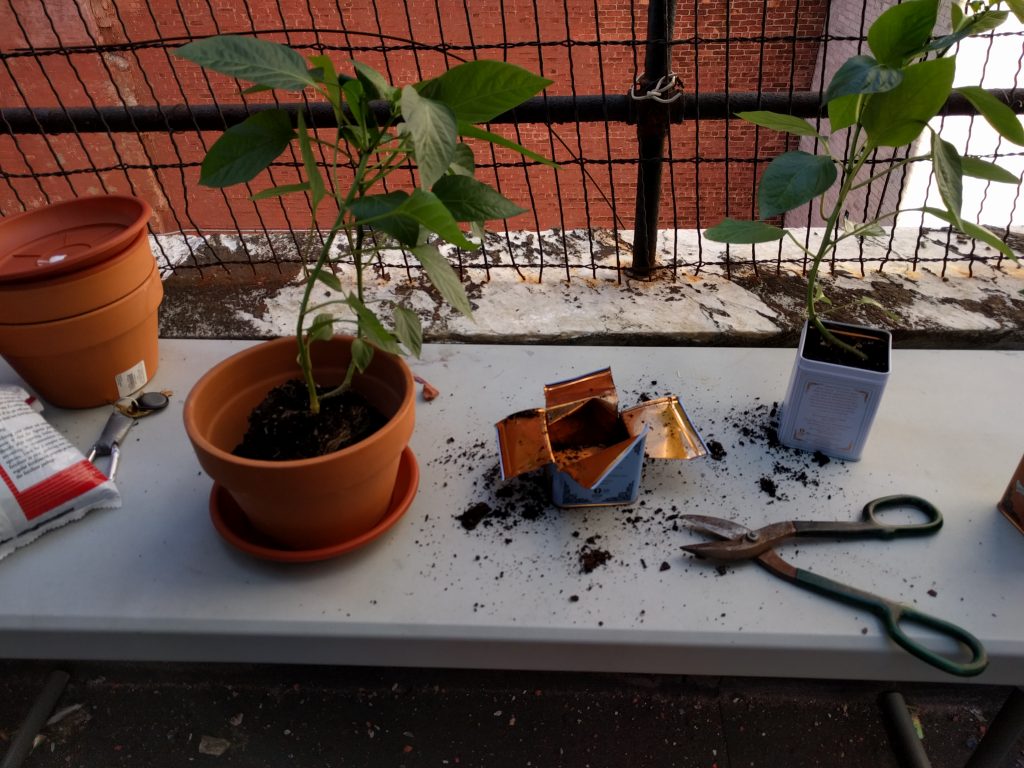 Here’s the pepper plants, re-potted and in their new home on the windowsill in the quiet room: 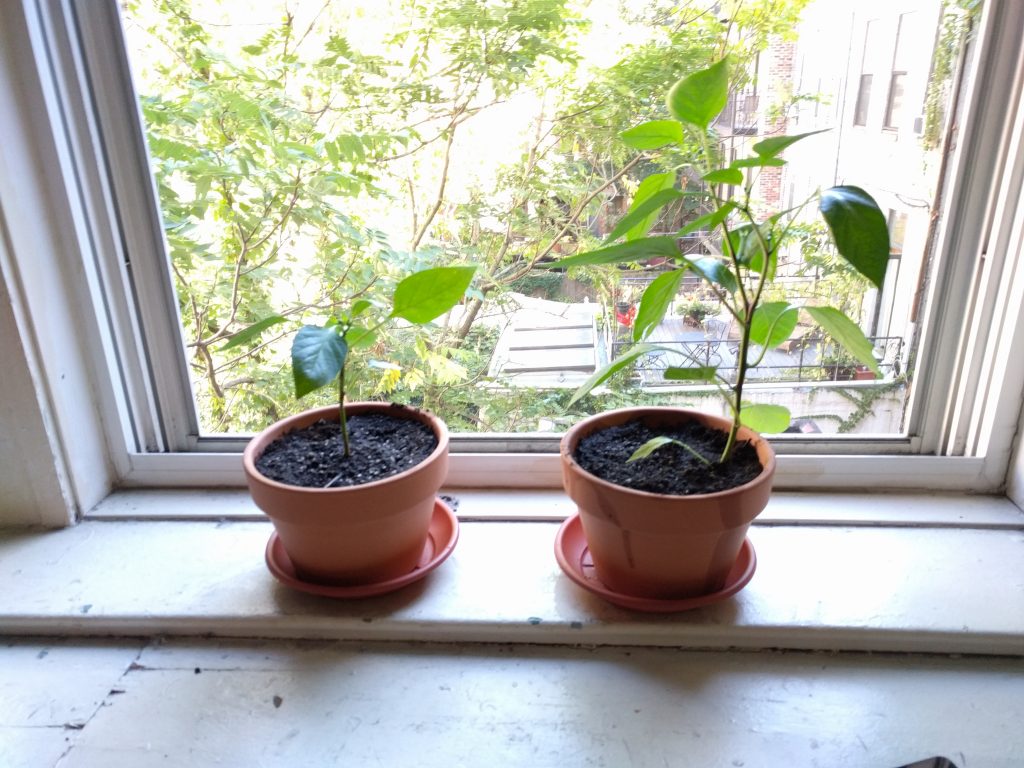 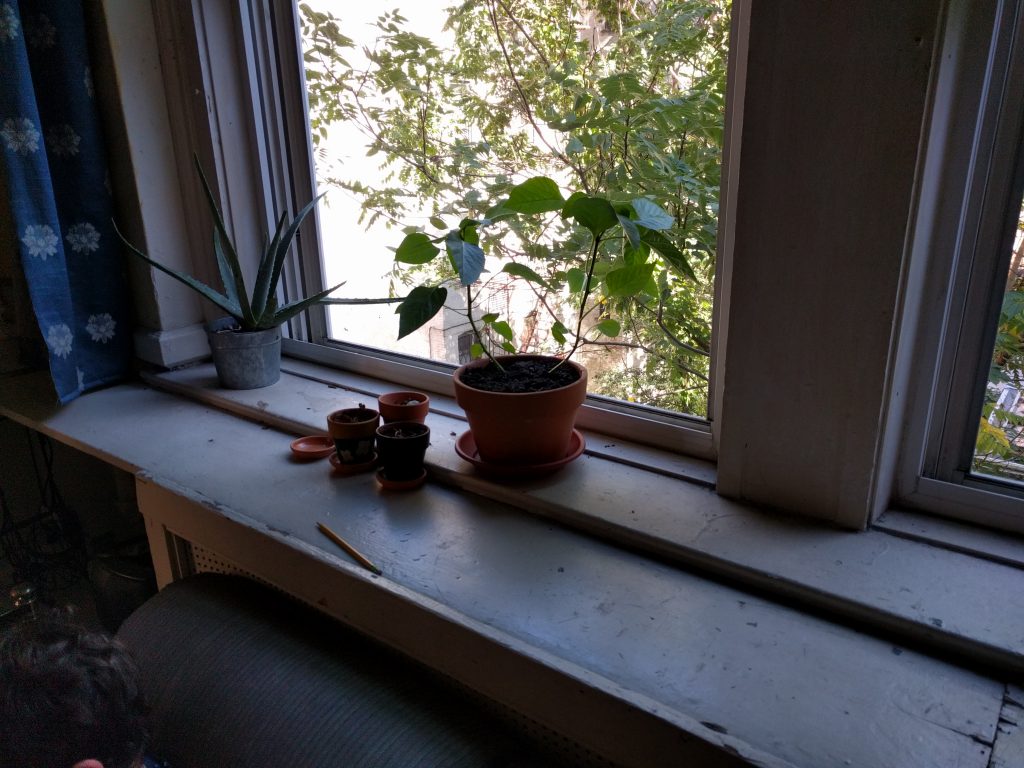 Look for more gardening updates as we grow more stuff at ALC this year!  Shout out to @catmooy, whose cleanup job is watering these guys!