The first song we examined today was Smooth Operator by Big Daddy Kane.  Kane, along with Biz Markie, were two of the founding fathers of hip-hop.  This song samples “All Night Long” by the MaryJane Girls (who were once Rick James’s backup singers).

Kane’s lyrics are as smooth as the beats on this one- @kingthanos pointed out that he was ahead of his time- and he knew it- when he said, “Genuine for 89′.”  As with many old school (and this is still much the case today) hip-hop songs, Kane spends much of this one telling us why he is the best.  This is a common theme in hip-hop, demonstrated by freestyle “rap battles.”

The second song we listened to was “Auto Bio,” by GZA, a member of the Wu-Tang Clan.  In this song, GZA tells us the story of how hip-hop grew as an art in NYC and his own part in it.  One line that resonated with me was, “I walk Broadway, from Quincy to Myrtle.”  I showed Thanos how close I live to this intersection, and we even mapped it:

GZA also clears shows he is aware of his own hip-hop mortality.  He demonstrates knowledge that one’s fame is often short, and that there are always young, up-and-coming kids ready to take the spotlight:

Any sport, when they come short, majors don’t need ’em
Then they broke, lose they homes, lively hood and freedom…

And when my job is done
And it’s time to get those that’s comin’ up some runs
So you can see where they from, from, from… 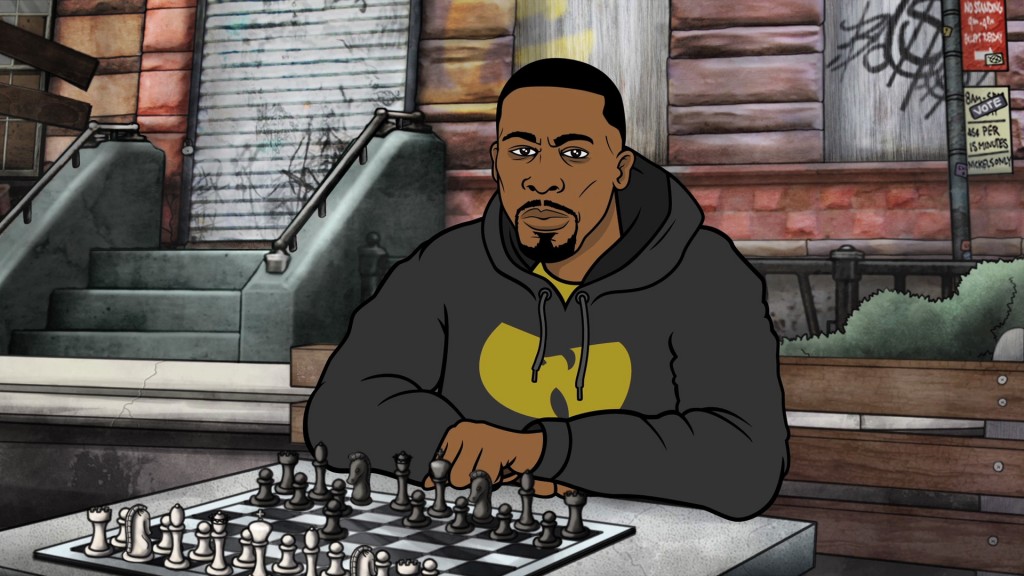 @kingthanos and I agree, GZA seems to be the wisest member of Da Clan and often references chess and sword fighting in his songs.